How did scientists discovered that our Universe started from the Big Bang? Learn more about the science of the cosmos.

Check out the Cosmic Microwave Background radiation map and listen to the sound of the early Universe. 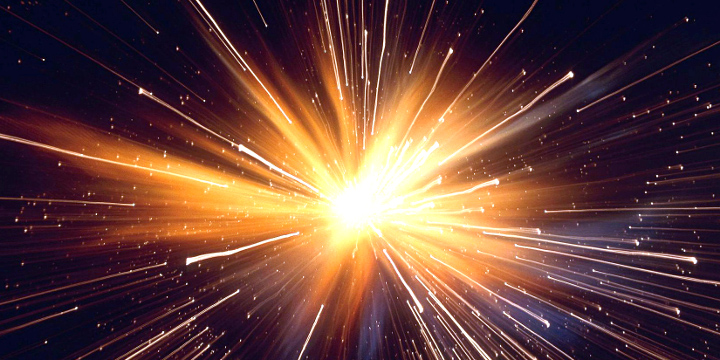 Our Universe started with a bang…

“Where did everything come from?” is a question of origin that many human beings have asked themselves. In the past, such question had a philosophical nature and would not never get a concrete answer because we didn’t have the required data in order to draw conclusions. Therefore, the ancients would fabricate stories that eventually would become part of their mythological or religious system.

In the 17th century, Newton described the Universe in an elegant mathematical formulation which was capable of making predictions about the motion of the planets. He is considered by many to be the greatest physicist in history.

While relativity sounds counter-intuitive to us human beings which do not experience such phenomena in our daily lives, it is very present in the “fabric” of the Universe. The theory was controversial and not widely accepted initially. However, the theory made wild predictions about the Universe, such as the existence of blackholes, gravitational waves, cosmic microwave background radiation, and the bending of light by the sun.

When the General Theory of Relativity was formulated in 1917, Einstein added a constant term called the cosmological constant, which cancelled the effects of gravity on very large scales and led to a static Universe which was the accepted view at that time. Later in 1929, Hubble proved that the Universe was expanding which made Einstein call his cosmological constant, the "greatest blunder" for trying to counter-act what his equations were showing, an expanding Universe.


The Cosmic Microwave Background (CMB) was first predicted in 1948 by Ralph Alpher and Robert Herman. The CMB is a faint cosmic background radiation filling all space that is an important source of data on the early Universe because it is the oldest source of electromagnetic radiation in the cosmos. This electromagnetic radiation is like a remnant from an early stage of the Universe in Big Bang cosmology. In 1964, US radio astronomers Arno Penzias and Robert Wilson discovered the CMB with the Holmdel Horn Antenna and estimated a temperature of 3.5 Kelvin. The new measurements were accepted as important evidence for a hot early Universe (big bang theory) and as evidence against the rival steady state theory.

Arno Penzias and Robert Wilson were awarded the Nobel prize of physics in 1978 for the discovery of the Cosmic Microwave Background (CMB) radiation.

The field of cosmology keeps evolving as new knowledge is discovered through experimentation. In fact, in 1998, it was discovered that the expansion of the Universe is also accelerating, so that the velocity at which a distant galaxy is receding from the observer is continuously increasing with time.

The latest discovery in cosmology was the existence of Gravitational Waves. These are 'ripples' in the fabric of space-time are caused by some of the most violent and energetic processes in the Universe. Albert Einstein predicted the existence of gravitational waves in his general theory of relativity.

With the current knowledge, it is estimated that the age of the Universe is 13.8 billion years. This value was calculated based on data collected from space probes.


In 1989, the COBE spacecraft was launched and its goals were to investigate the cosmic microwave background radiation (CMB) of the Universe and to provide measurements that would help shape our understanding of the cosmos. COBE was followed by two more advanced spacecraft: WMAP (Wilkinson Microwave Anisotropy Probe) operated from 2001-2010 and Planck from 2009-2013.

The Planck mission was operated by the European Space Agency and substantially improved upon observations made by the previous missions. It provided a major source of information relevant to several cosmological and astrophysical issues, such as testing theories of the early Universe and the origin of cosmic structure. 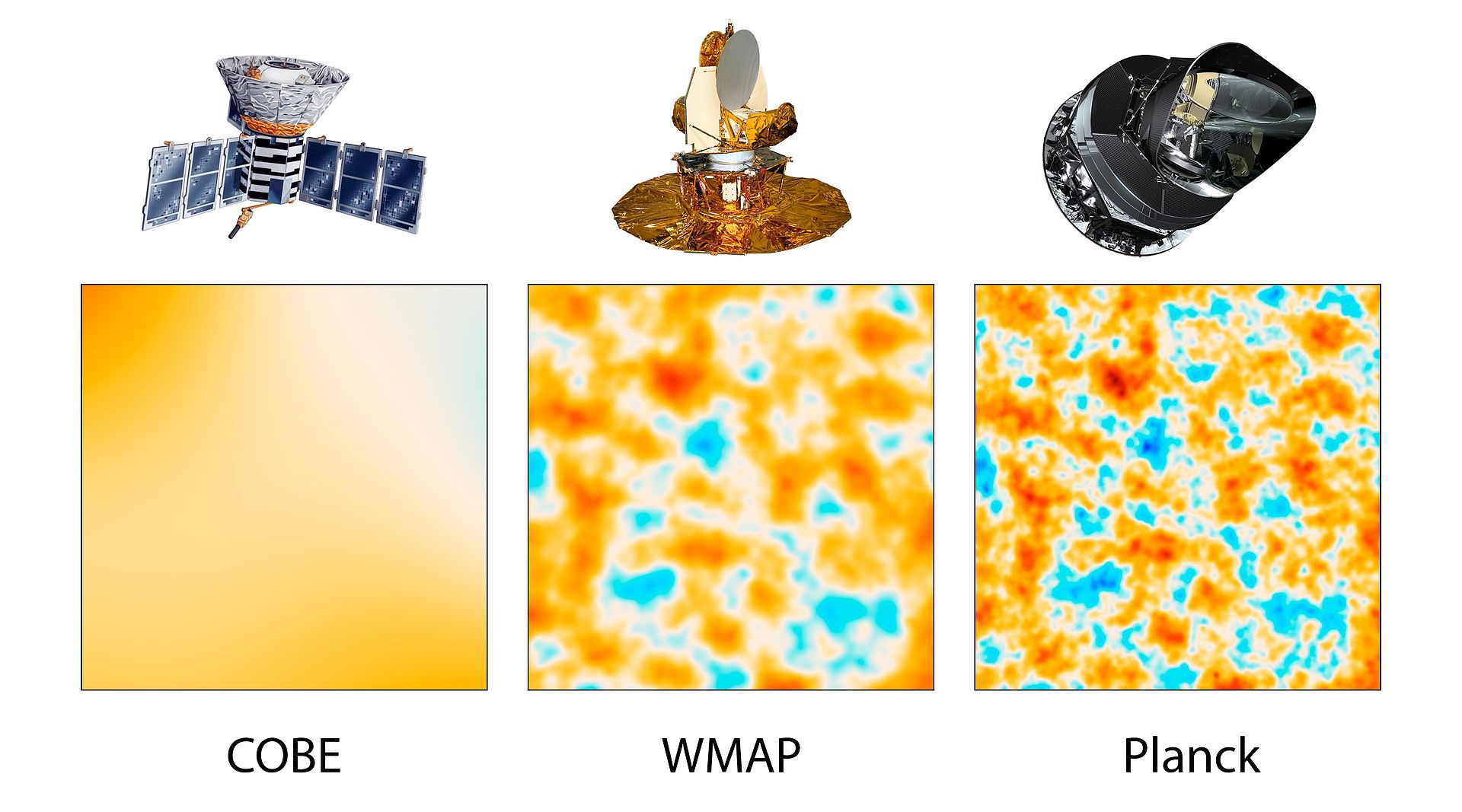 These missions allowed scientists to make an all-sky map of the cosmic microwave background. This map is impressive because it allows you to see how the Universe looked like in its early beginnings.


2. Press the “Cosmic Radio” instrument icon in order to start it: 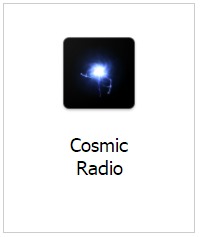 The “Cosmic Radio” instrument will initialize. The “Console View” will be presented during initialization and it will switch automatically to the “Services View” after initialization. In this instrument, there is a map of the Cosmic Background Radiation (CMB) that allows you to visualize the space around our satellite simulator. Additionally, the instrument allows the recording of the CMB and converts it into audio that can then be played.


3. Go to the Multimedia panel and open the CMB Plank Map: 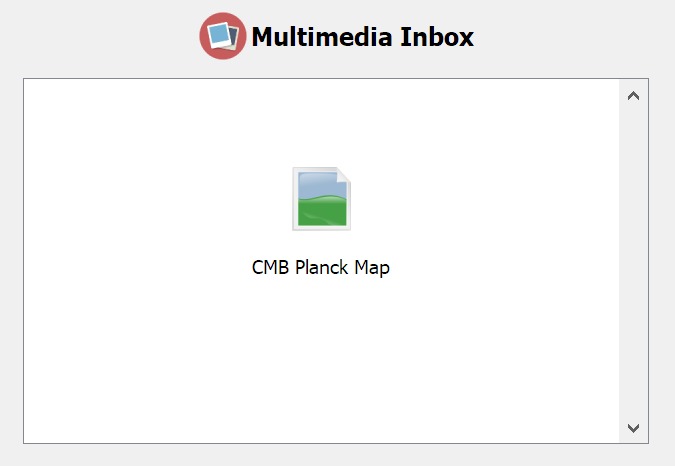 Observe the Cosmic Microwave Background radiation that exists in the Universe. This is the signature of the early beginnings of the Universe which was left until today. At one point in the Universe’s past, it was so hot and dense that a thermal bath of radiation dominated. That radiation, untouched since the Universe cooled enough to form neutral atoms, can still be detected today, according to the Big Bang theory.

The picture of the Universe has the form of an ellipse because computer screens are only 2-dimensional, so there's no good way to display a 3-dimensional image. The ellipse is called a Mollweide projection and it's the most commonly used projection by astronomers when they want to look at maps of the whole sky. The Mollweide projection is a compromise between the shape distortions and scale distortions which are inevitable whenever you project a 3D globe onto a 2D surface.


4. Go to the Action panel and execute Record Radio CMB:

The action Record Radio CMB will take 30 seconds to complete. The Multimedia Inbox will show the recording once it is ready.

Attention: This recording is not “audio from space”. This is what the CMB radiation digital signal sounds like when we convert it to an audio signal and play it.


5. Go to the Multimedia panel and open the CMB Sounds: 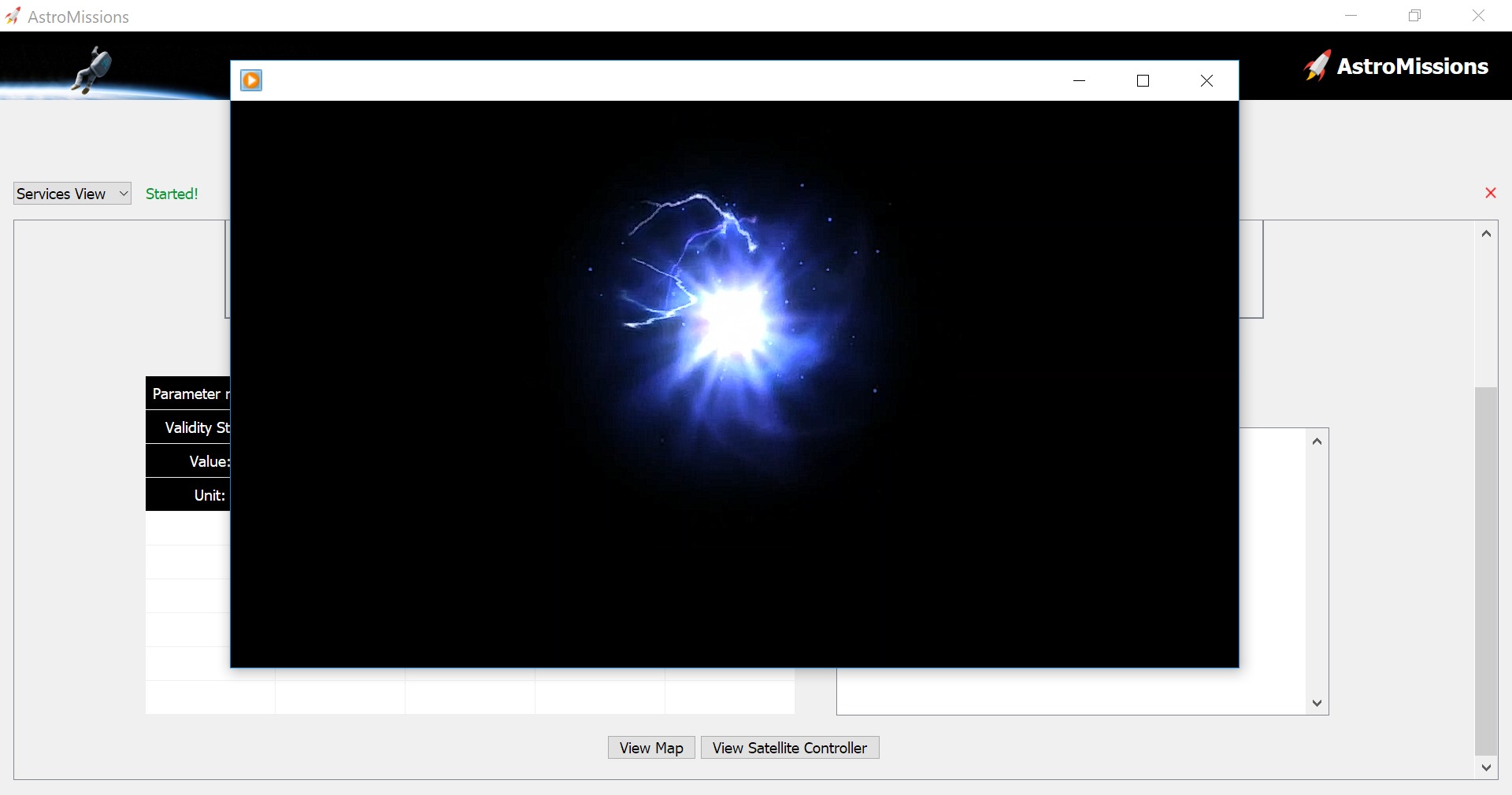 You are now listening to the early beginning of the Universe. The first cosmic microwave radiation originated some 380,000 years after the Big Bang. Today, this is as close as we can get to the Big Bang, enjoy!


Watch a one minute time-lapse since the Big Bang until today: